A tool to embed tweets into other webpages 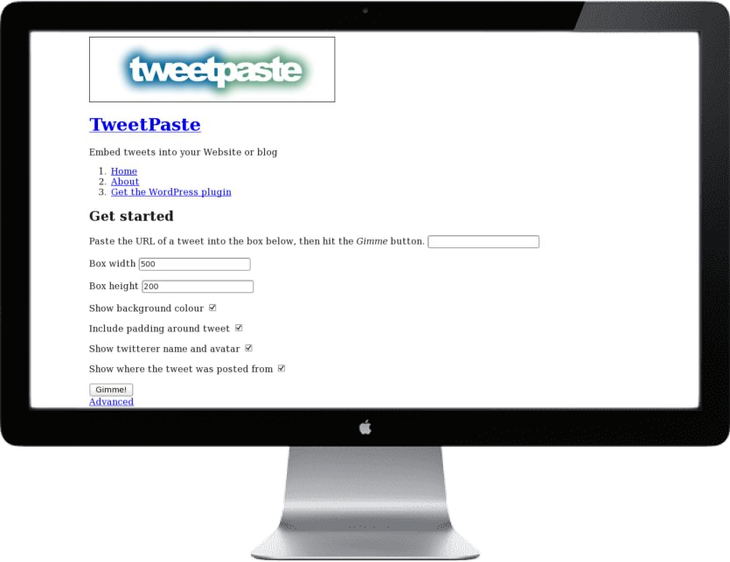 Before embedded tweets were a standard offering from Twitter, Mark developed this tool to allow anyone to generate some HTML code they could embed into their own blog posts, to include tweets they wanted to reference.

People had previously used screenshots which were inaccessible, so Mark developed a methodology similar to the oEmbed standard, which would later be adopted across the web, including on twitter.com.

Before its decommission in 2011, TweetPaste was widely used across the web, and implemented by the Guardian's paidContent column.

(The screenshot was procedurally-generated by the Django Sites service in 2009, and doesn't accurately represent the look-and-feel of the service.)

A web framework for the creative mind Cardiff, Wales