A short story about an escape from the undead 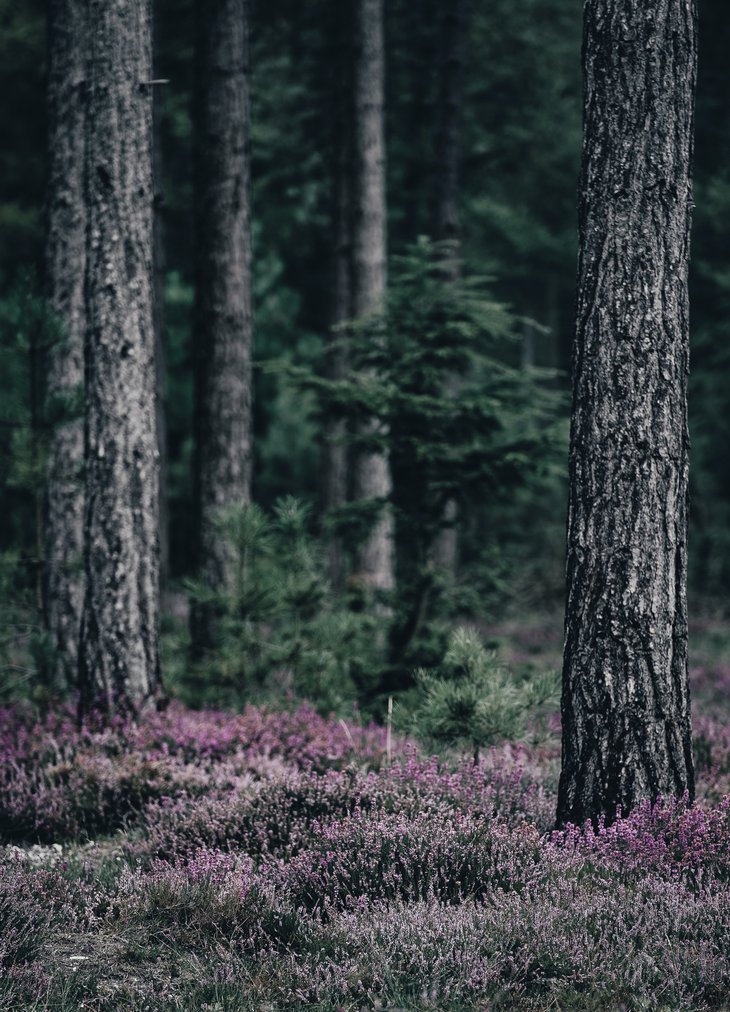 “I found it yesterday. The £20 your mum said had gone missing from her wallet. You knew money was tight, so you must’ve known we’d remember every note; keep track of every penny.

“I was so heartbroken, I burst into tears. Not a little dignified drop rolling down the cheek, but a proper, like, bawl. You stole from us, and that ripped my bloody heart out, son. I was so, just, disappointed.”

“But, of course, things change. We would’ve forgiven you, I’m sure. It might’ve taken a while to rebuild that trust I guess but, I reckon we’d have got through it. You’re a good kid, Matty.

“I know, I know your mum’s the only one you’d let get away with calling you Matty but, as I guess you know, she’s not here. Let’s not be melodramatic I guess.

“You saw what happened. You saw how her eyes changed. The way she moved, and that awful slack jaw. That was what got me, you know. It wasn’t the moaning or the grabbing, it was how… dumb she looked.

“She was always the brighter one out of us two, but I guess you probably cottoned onto that. You take after her, you little know-it-all. She couldn’t spell for toffee but the letters she used to write! You won’t know this, but when I was in Bristol and she was up in Oxford, we’d handwrite letters to each-other. And yes, before you ask, you little smart-arse, email was a thing, even in the early 2000s.”

“Oh man, the letters she used to write. She’d never admit it but she stole most of her stuff from the books and poems she was reading for her thesis, and she never twigged that I’d mastered the art of Google, but I guess she wasn’t slipping those passages into her final work otherwise she wouldn’t have got her first and I wouldn’t have had to pick up the tab for our big dinner together.

“That was our deal. The one with the best grades paid for the fancy meal we’d have when we met back up that August.

“I guess I’ve told you the story of how we met, so I won’t bore you with that again.”

Anthony stretched his cramped body and reached instinctively for the now empty coffee cup in the holder, snorted and stared out at the landscape as the sunlight uncurled its fingers from around the trees and slid softly from the bonnet of the car he’d barely got the chance to use.

On the drive up to Scotland, Anthony and Jocelyn had listened with growing malaise to the radio reports of civil unrest turning to some sort of mass hysteria. They’d both felt so much better upon coming to the realisation this was clearly a clever new take on War of the Worlds; a rare departure into drama for Radio 2.

Anthony looked over at the body of his wife, still slack-jawed. Looked at the concave mess that used to be her left eye. Saw the slight glitter at the edges of the contact lens that had been perforated by the knife. Felt again the closing of his throat even as the bile coursed its way back up from his chest.

He whipped his head around to look straight out through the windscreen, and when he looked back, the passenger seat was empty.

He took a deep breath, opened the driver-side door and walked around to sit with his son.

“I was going to confront you this morning. You know, about the money. Your mother and I argued up and down last night about how we approach this. She was giving it all “he’s only eight” and I was like, “old enough to know better”. Because, you are.

“And then I didn’t even get a chance to, this morning. That woman bursting into our room while I’ve barely got my kecks on, screaming about “does anybody know first aid”. Your mother, hero she is, running downstairs. Thank the local education authority for sending her on that training course eh?

“Well, there’s her, one contact in, as she darts out the room, you coming in all bleary-eyed wondering what’s going on. And the whole discussion of the night before had just left my mind. All I wanted to do was keep you safe.”

Jocelyn’s voice traveled the two flights from the dining room to the Colmans’ suite, deep, firm, commanding. Her usually soft, almost husky Highlands voice reserved for her family and the staff room had taken a back seat to the classroom drill sergeant bark. Mrs Colman was in charge.

“Stay here dude. Whack the telly on, and I’ll be back in a tick”.

Anthony, hastily dressed, running, sprinting down the stairs to help his wife.

The chaos. The sprawled chairs. The diners huddled in a corner while Jocelyn held a woman down by the shoulders, pinning her arms to her sides as she writhed on the cheap carpet.

“What the fuck is wrong with you? Give me a hand!”

Anthony running over to help his wife. Trying to shove her out of the way as the writhing woman grabbed at Joss’ arm, pulling their faces together and biting into his wife’s cheek like an over-ripe apple.

Jocelyn screaming in pain and shock. Anthony frozen in terror.

The slow, fat diner they’d both made fun of the night before, jabbing the knife into the woman’s face, trying to aim for an opening. The soft crunch as the knife entered the cartilage of the nose and drove upwards and to the right.

The cessation of the woman’s spastic movements, and the sudden quiet.

Matthew at the top of the stairs, in his Iron Man pyjamas.

“I’m sorry if you thought I was angry at you this morning, dude. You’d done nothing, but I panicked when I saw you looking at… what had just happened. And then there was the rush to get her to the nearest hospital.

“I know people like to take the piss… make fun… of Scotland for, whatever, but you’d at least have thought you’d get through on a 999 call, wouldn’t you? But I guess I should’ve gathered, given what some of the staff and the guests were saying this morning. That big bloke reckons he’d seen it all coming, that he just knew what to do.

“So if I was a bit rough with you when we were getting ready and getting your mum into the car, I’m sorry. It wasn’t on purpose; I was just really, really scared. We get scared too dude, mums and dads.”

Anthony gently brushed the hair out of his son’s eyes, and felt the warmth leaving his small body as the skin stiffened, becoming ever more pallid.

“We love you so bloody much, do you know that? They tell you loads when you become a dad, but they don’t tell you that there’s just a whole bunch of stuff you can’t watch or listen to ever again, ‘cos it’ll just make you too upset. Like, any time I watch something and a kid’s in danger I just can’t cope, ‘cos I just think ‘what would happen if it was you? What would I do if you were in danger?’ I know it sounds daft but, it’s true, and people have said it goes away, but it never really did for me.

“We actually thought we were going to have a girl, you know. You were going to be Matilda, after your granny. She would have bloody loved to meet you, dude. She’d have spoilt you rotten. Neither of us would’ve minded either way of course, ‘as long as he or she’s healthy, that’s all that matters’, we’d say to people.

“And then you arrived. And you were so gorgeous. Oh God, listen to me getting all sappy; I’m worse than your flamin’ aunt!”

Anthony sniffed and pinched his fingers at the bridge of his nose, blinking rapidly.

For several minutes he sat, and watched his son’s chest rise and fall, barely noticing how each movement gradually, minute by minute, slowed.

“Jesus Christ, forget about your bloody DS and put your seatbelt on Matthew.”

Anthony’s voice, now thin and shrill, as he ran around to the front passenger door, flinging it open, running back to his wife, leaning dazedly on the front door of the hotel.

“Take this”. The obese man thrusting a knife into Anthony’s hand. “Just in case”.

“In case of what?” Anthony’s incredulous reply.

Anthony practically carrying his wife to the car, bundling her into the passenger seat and fastening the belt while she clutched the blood-soaked napkin to her face.

“Are you strapped in Matty?”

Anthony checking the rear-view mirror and preparing to pull out.

“For fuck’s sake Matty. Have you done your seatbelt up!?”

Matthew’s terrified face, far away in the mirror, nodding once, twice.

The sudden crunch of gravel and the lurch into gear.

The long miles into town, and the silence broken after ten minutes only by the moans from the passenger seat.

The sudden spin as Anthony’s left hand is jerked away from the steering wheel.

Her, grasping, seeking with blind hands and furious eyes, her jaw working madly, the sickening, dull click as her teeth clench and unclench, biting at the air.

The moaning turning to a guttural growl, bubbling with catarrh and the desperate flailing arms pawing at him.

Jocelyn’s head whipping around to stare at the boy with insatiable hunger. Her hand gripping his small, blond head.

The knife in Anthony’s jacket.

The knife in Jocelyn’s left eye.

“I think we found a nice spot for your mum. She loves Scotland. We weren’t that far from town so that’s why I turned us round again. I thought, maybe we’d just hide out in the hotel and let things die down.

“You were so brave though. Even after, you know. I just wish I had something to… well, she’ll love it, lying there in all those flowers. She loves flowers. Loved flowers.

“And you, you little smartypants, ‘they’re not flowers daddy, they’re heathers.’

“God, we had so many careers planned out for you. You could’ve been an accountant like your dad, you could’ve taught maths or science. If you’d have kept up with that magazine series we got you, you could have ended up at NASA or that Hadron thing.

“I’m sorry about your DS. Is that the one that’s got that fruit game? The one where you split the fruits and you have to avoid the bombs? I was always rubbish at that one.

Two and a half hours earlier

The knife in Jocelyn’s left eye.

Matthew’s open mouth, and the blood spurting from her eye.

Matthew swallowing; choking down air, his body jerking with violent sobs. Breathing quickly in, in, in, then out in a torrent of air and tears and terrified agony.

Anthony looping his arms around his wife’s chest and dragging her from her seat to lay her among the heather.

Anthony sat motionless again, no longer able to hear the air pass into and out of his son’s nose.

“You are my sunshine My only sunshine You make me ha…ppy, when skies are grey”

As Anthony’s vision began to blur completely, he saw his son’s eyes close. And when they reopened, he did not recognise them.

I love you so much

Anthony used the knife, and slowly, his eyes closed too.

Once, There Were Humans