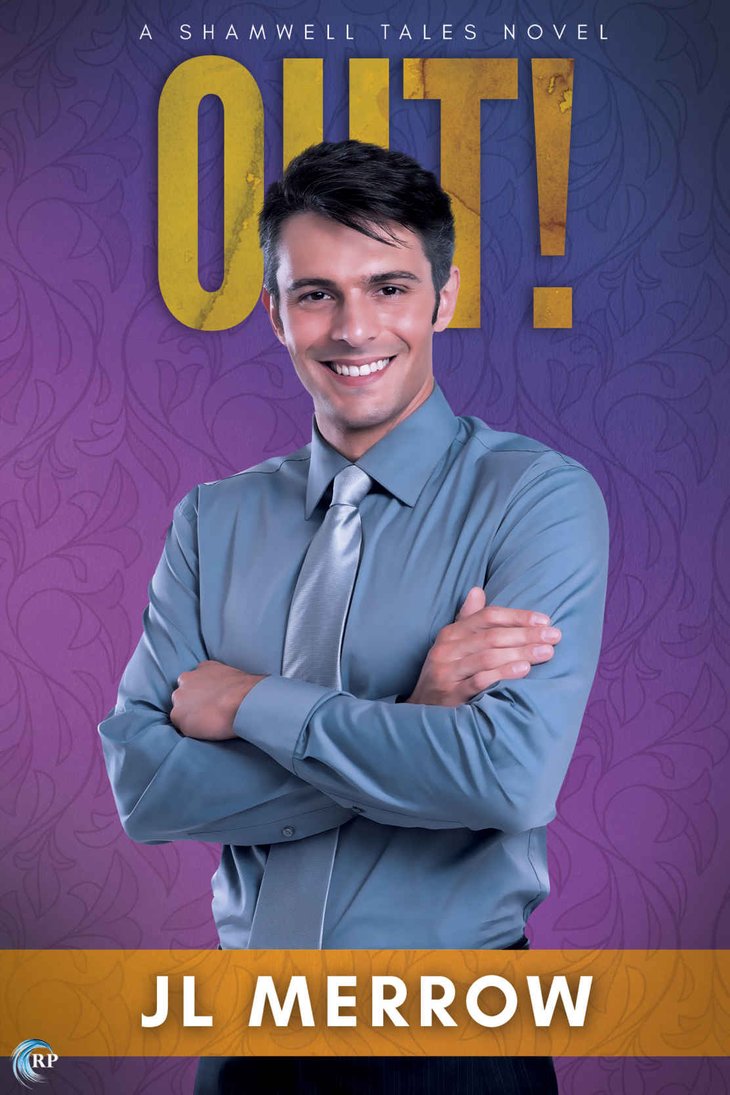 Out! (Shamwell book 3) by JL Merrow

When love wars with principle, which one will win?

Mark Nugent has spent his life in the closet--at least, the small portion of it he hasn't spent in the office. Determined to make amends to his neglected teenage daughter from a failed marriage, Mark swears off work--and love--so he can give her a stable home environment. But Mark's resolve to keep his heart under wraps is tested when he meets an out and proud young man he's instantly drawn to.

Patrick Owen is a charity worker with strong principles. He doesn't trust easily, but he's blown away by his attraction for the older man who's so new to his own sexuality. Yet Mark is adamant he's not coming out to his daughter--and Patrick refuses to live a lie.

What with Mark's old-fashioned attitudes and his flirtatious ex-colleague who's determined to come between them, Patrick begins to wonder if they'll ever be on the same page. And when Mark's career as a tax advisor clashes with Patrick's social conscience, sparks really start to fly--in all the wrong ways.