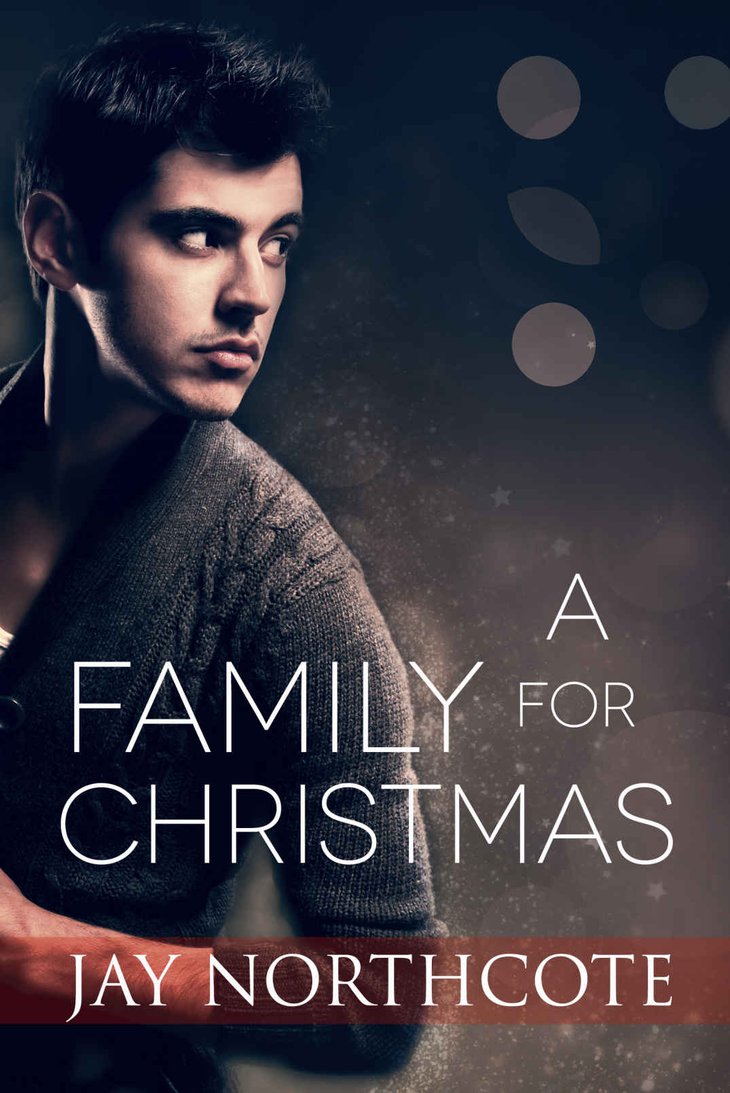 A Family for Christmas, by Jay Northcote

Zac never had a family of his own, but Rudy has enough to share.

Shy, inexperienced Rudy has a crush on Zac from the moment his new colleague walks through the door. On an office night out before Christmas, Rudy finds the courage to make a move, and they form a tentative bond. When he discovers Zac will be alone at Christmas, he invites Zac to come home with him.

Zac prefers to keep people at arm's length. Yet when Rudy offers him a family Christmas it's impossible to resist. With no parents of his own, Zac is pleasantly surprised to be welcomed by Rudy's. The only drawback is that everyone assumes they're a couple. Unwilling to disappoint Rudy's mum and make Christmas awkward, they decide not to deny it.

It's not a chore for Zac to pose as Rudy's boyfriend, but the pretense makes him want things that scare him-things like a real relationship with Rudy. Zac's suffered enough rejection in his life already and is afraid to risk his heart. If he can get over his past rejection and let Rudy inside his armor, he might get more for Christmas than he ever imagined.

What Happens at Christmas